Hot Dog! Fraudulent misrepresentation or concealment about the actual existence of a risk leads to liability even when the potential of that very risk is assumed under the final agreement….and a little something about attorney’s fees:

Misrepresentation and/or concealment of existing competitive circumstances during commercial lease negotiations can lead to liability even though the actual bargain struck in the concluded lease provides no exclusivity protection for the tenant whatsoever and no breach of the lease would arise for renting other space to competitors in the future. The Sixth District, California Court of Appeal decision in Orozco v. WPV San Jose (2019) 36 Cal.App.5th 375, 248 Cal. Rptr. 3d. 623 provides an interesting set of circumstances where the substance of the misrepresentation did not concern any promissory fraud by the landlord as to future conduct and was, in a certain sense, expressly excluded from the lease but nonetheless obviated the tenant’s ability to make a fully informed decision with knowledge of the exact set of circumstances existing as at the time of entering into the lease. Indeed, in this case, beyond not asking for the protection of an exclusive use clause in the lease, the tenant did not even read the full agreement. 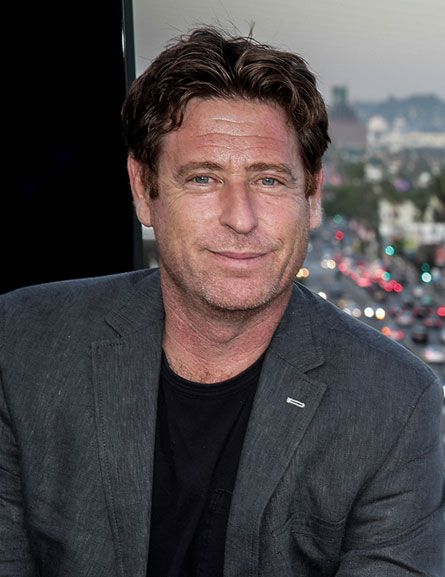 The plaintiff, Paul Orozco (“Orozco”), a successful Mexican-style fast food restauranteur was looking to open a new concept fast food gourmet hot dog and sausage restaurant in a San Jose shopping center known as The Plant. The Plant was not yet fully leased. Orozco knew that Five Guys had opened at The Plant and was serving hot dogs but did not see their “ancillary” hot dog business as competitive to his planned new concept. Over the course of multiple meetings and conversations, Orozco, who had explained the concept for his proposed restaurant, repeatedly asked the leasing representative, who worked for WPV San Jose LLC, a subsidiary of the defendant, Vornado Realty Trust (“Vornado”), whether any other restaurants with competing products or concepts were being considered for the other available spaces at The Plant. He was consistently told that no such restaurants were being considered. This was not true. Vornado did not reveal to Orozco that there were already ongoing negotiations, which ultimately resulted in a concluded lease, with a restaurant which would be offering hot beef sandwiches, hot dogs and sausages (this restaurant was called Al’s Beef”). Notably, there was no indication that Orozco ever asked whether it was the intention of The Plant not to consider competitive tenants in the future.

Orozco sought the assurance that no competitors in terms of products or concept were being considered for The Plant up to the day that the plaintiff, Solid Restaurant Ventures LLC (“Solid”) signed its 10-year lease for premises at The Plant. Solid was the company that Orozco had formed for his new hot dog and sausage venture, which he called Pauly’s Famous Franks N Fries (“Pauly’s”) (concurrently with Solid signing its lease, Orozco also signed a personal guarantee of the lease in his individual capacity). He was again given the assurance he requested. Nonetheless, and unknown to Orozco, Al’s Beef had already signed a lease for a location at The Plant. Pauly’s opened and was successful. Al’s Beef opened 6 months later and Pauly’s business declined by 30% overall. Approximately 6 months later, Sordid closed down Pauly’s. Solid and Orozco sued Vornado and the owners of The Plant for, among other causes of action, intentional fraud and fraudulent concealment (based on the theory of fraud in the negotiation (inducement) of the lease), for rescission, restitution and damages. No cause of action for breach of the lease was alleged.

The following facts were found concerning Orozco’s dealings with the negotiation and execution of the lease: (i) Orozco knew that at least one other restauranteur (Five Guys) was selling hot dogs at The Plant, (ii) Orozco was told, in response to his inquiry during negotiations, that he would not be given the name of other tenants being considered for The Plant, (iii) Orozco did not read the entire lease and only read the front part with the major deal terms, (iv) the lease contained an integration clause, (v) the lease contained several disclaimers that the landlord had not made any representations about existing or future tenants, (vi) Orozco, on behalf of Solid, signed a separate Tenant Estoppel disavowing any representations made by the landlord or Vornado, (vii) Orozco did not ask for, and was not given, an exclusive use term in the lease for the protection of Pauly’s business, and (viii) the lease contained an exhibit of exclusive uses for the benefit of some of the other tenants, which did not include any exclusivity for Pauly’s use.

At trial, the jury found Vornado liable to Solid for the torts of intentional misrepresentation and fraudulent concealment. Interestingly, the jury did not find Vornado’s conduct constituted malice, oppression or fraud sufficient to warrant punitive damages. Sordid was awarded damages of: (i) $676,967 for lost profits, (ii) $129, 462 for operational losses, and (iii) $65,712 for start-up costs for another Pauly’s opened afterwards in San Jose.

The bargain struck by Orozco for Solid’s lease included assuming the risk of direct competition to Pauly’s at The Plant. Orozco did not bargain for, or receive, any exclusivity protection for Solid. The misrepresentation/concealment did not relate to the terms or provisions of the lease or any promise by the landlord as to future competitors at The Plant or as to the conduct and/or administration of the lease. Solid would have had no available cause of action had The Plant started negotiations with, and rented space to, a different direct competitor to Pauly’s immediately after Solid had entered into its lease. Nonetheless, the substance of the misrepresentation/ concealment was such that Orozco and Solid were unaware, and walked into a situation, such that the risk of future competition was a certainty and not just an acceptable and agreed upon potentiality. Quite a different set of considerations and risks are presented to a commercial tenant who seeks to open a new and untested business in the face of immediate and certain competition as opposed to one who has the ability to gain a priority of use position and the opportunity to establish a steady and enduring market situation with attendant goodwill as a barrier to entry to potential future competitors. Vornado’s conduct denied the plaintiffs the ability to have knowledge of, and analyze, the true circumstances surrounding the long term leasing decision they were about to make even though they assumed the very risk of immediate competition by virtue of the terms and provisions of the lease and guaranty that they respectively signed.

Regardless of the acceptance of evidence concerning intentionally misrepresented or concealed facts, Orozco v. WPV San Jose reminds us that reasonableness of reliance must always be proved to reach the finish line of liability. The special instructions given to the jury by the trial court advised that in considering the issue of the reasonableness of reliance on the alleged misrepresentations or concealment the jury could (not must) take into consideration such matters as (i) whether the lease or the Tenant’s Estoppel expressly disavowed any purported representations, (ii) whether Solid was represented by counsel in dealing with the lease, (iii) whether Solid asked for any changes to the lease, (iv) any questions asked by Solid and the responses given, and (v) whether Solid communicated the importance of its concern about competitors. The special instructions also note that the preceding list of considerations was not exhaustive of the factors the jury could consider in making its determination. It is interesting to consider, hypothetically, what evidence may have been proffered to negate a finding that Orozco’s and Solid’s reliance was not reasonable. Presumably, evidence that Sordid and Orozco were prepared to enter into the lease and guaranty regardless of whether or not Vornado’s responses were accurate, or that they doubted the veracity of that information, would have sufficed in that regard. Evidence negating or calling into doubt the reasonableness of reliance is something to fully and carefully consider when representing a party against whom an intentional misrepresentation is alleged.